FurReal Cinnamon My Stylin Pony is a 2022 New Release toy that is sure to be a hit with younger kids. This Pony is interactive and responds to touch. This makes it a great option for kids who are looking for a pet that they can play with and care for.

Amazon.com
The FurReal Cinnamon Pony comes with a number of accessories. So, kids can style their pony’s hair or decorate their pretty pony however they like. This pony can pose and stand up on its own, making it even more lifelike. With its features, motions, and reactions this FurReal Cinnamon interactive pet is sure to be a favorite among kids who love ponies. 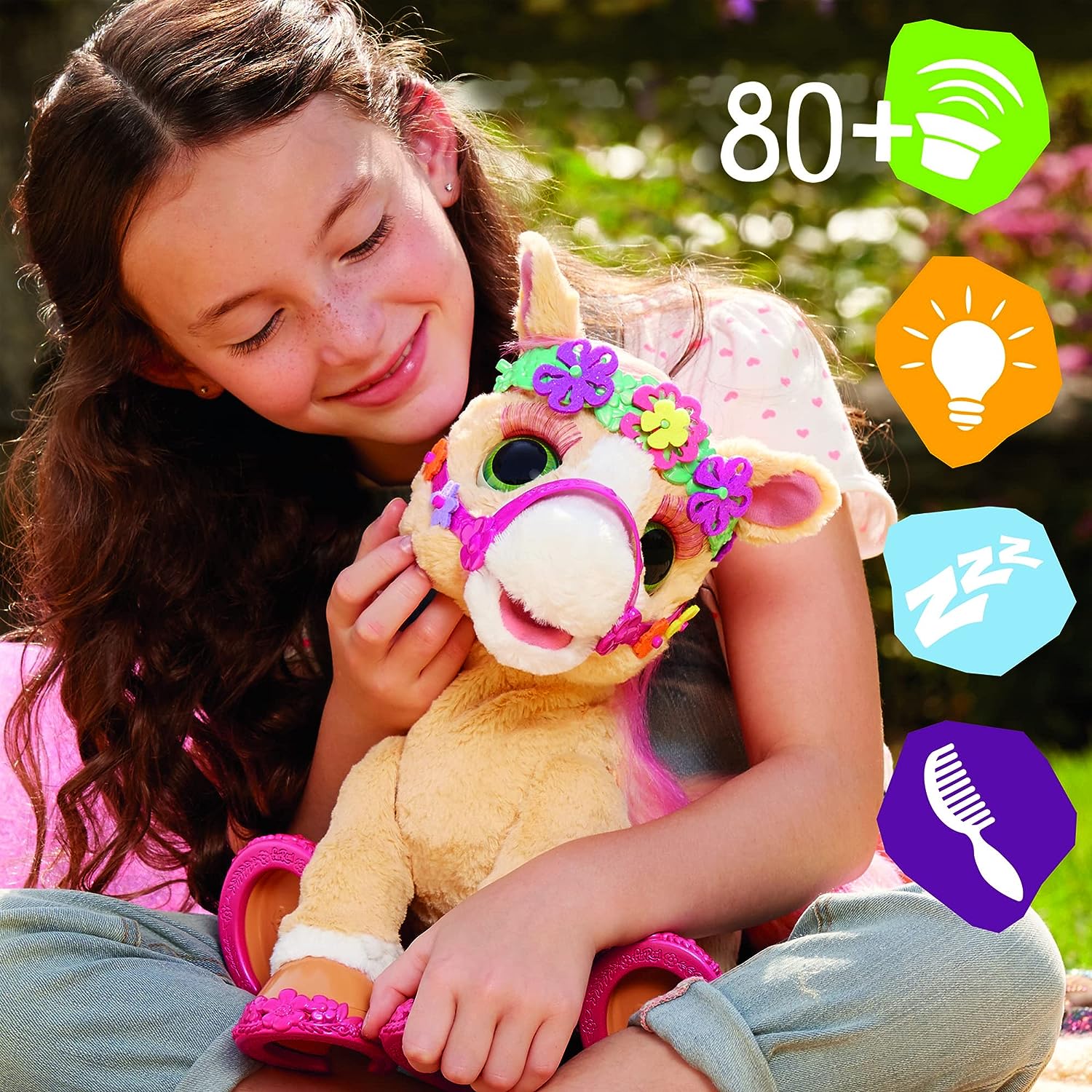 This electronic pony pet comes with pretty blonde and pink hair that can be styled with the 26 included accessories. Accessories include 4 shimmery horseshoes, a bridle, a flower crown, 20 floral decorations, and an apple accessory that doubles as both a brush and a snack! Cinnamon is very interactive and has more than 80 sounds and reactions, making it feel like a real pet.
It responds when you pet or touch one of her touchpoints. It could be the chin, nose, cheek, or its back. She makes loving noises and kissing sounds, and her cheeks will glow! This beautiful pony toy is so much fun to groom and style!
She loves music and dance. When you press and hold the button on her back, she’ll start playing a fun song and start dancing along. The apple accessory can be used as a brush or pretend to feed it to Cinnamon. 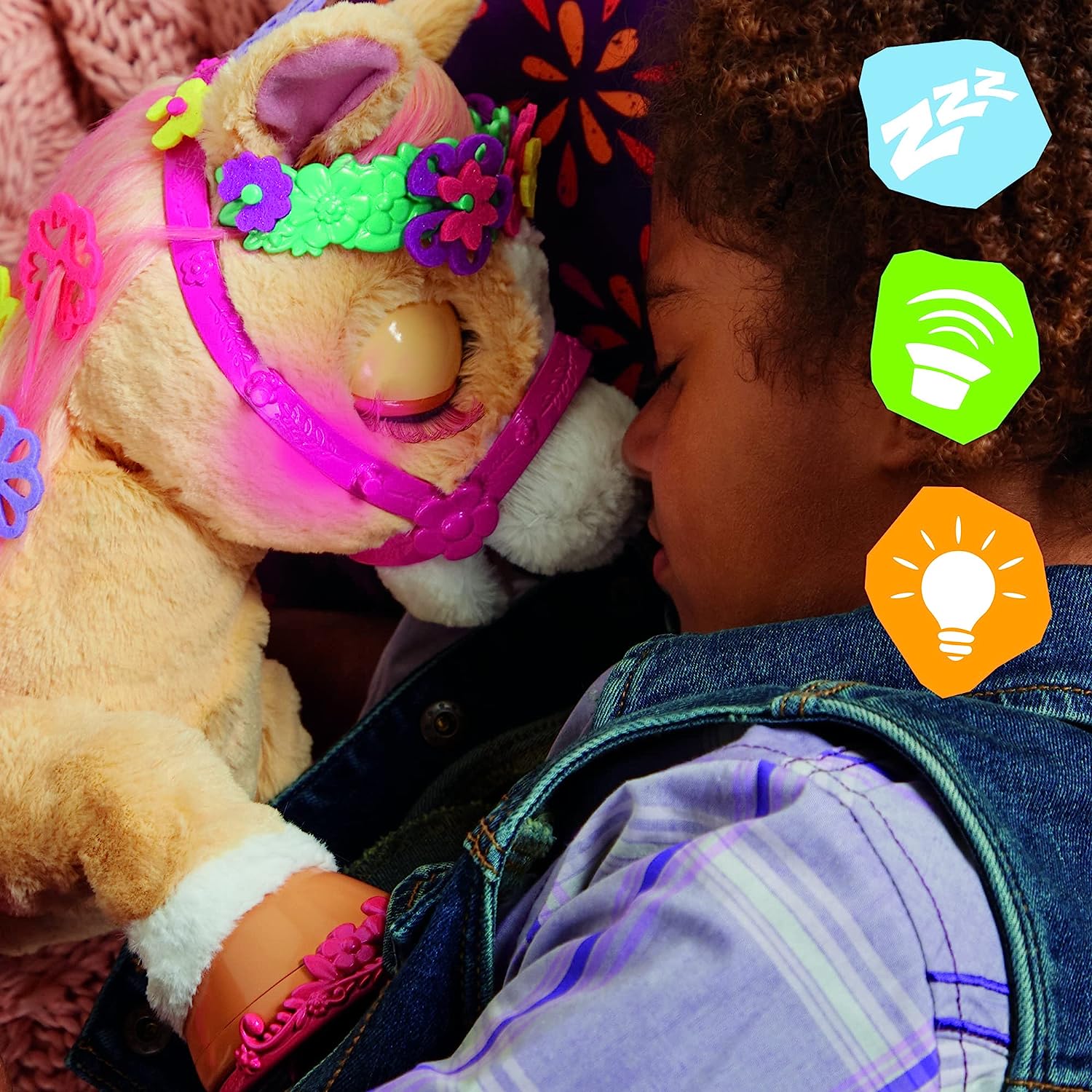 The pony also has a nighttime mode. It has pose-able legs that allow it to sit down and relax. As your child plays with this pony, they will be able to listen to soothing nighttime sounds while Cinnamon closes her eyes to sleep. The sounds automatically stop after five minutes.
As mentioned before, there are 26 styling accessories, from flower crown and horseshoes to felt flowers that decorate Cinnamon’s bridle. That means there are endless possibilities for how to style your My Stylin’ Pony! Store any unused accessories inside the pretend wooden box. 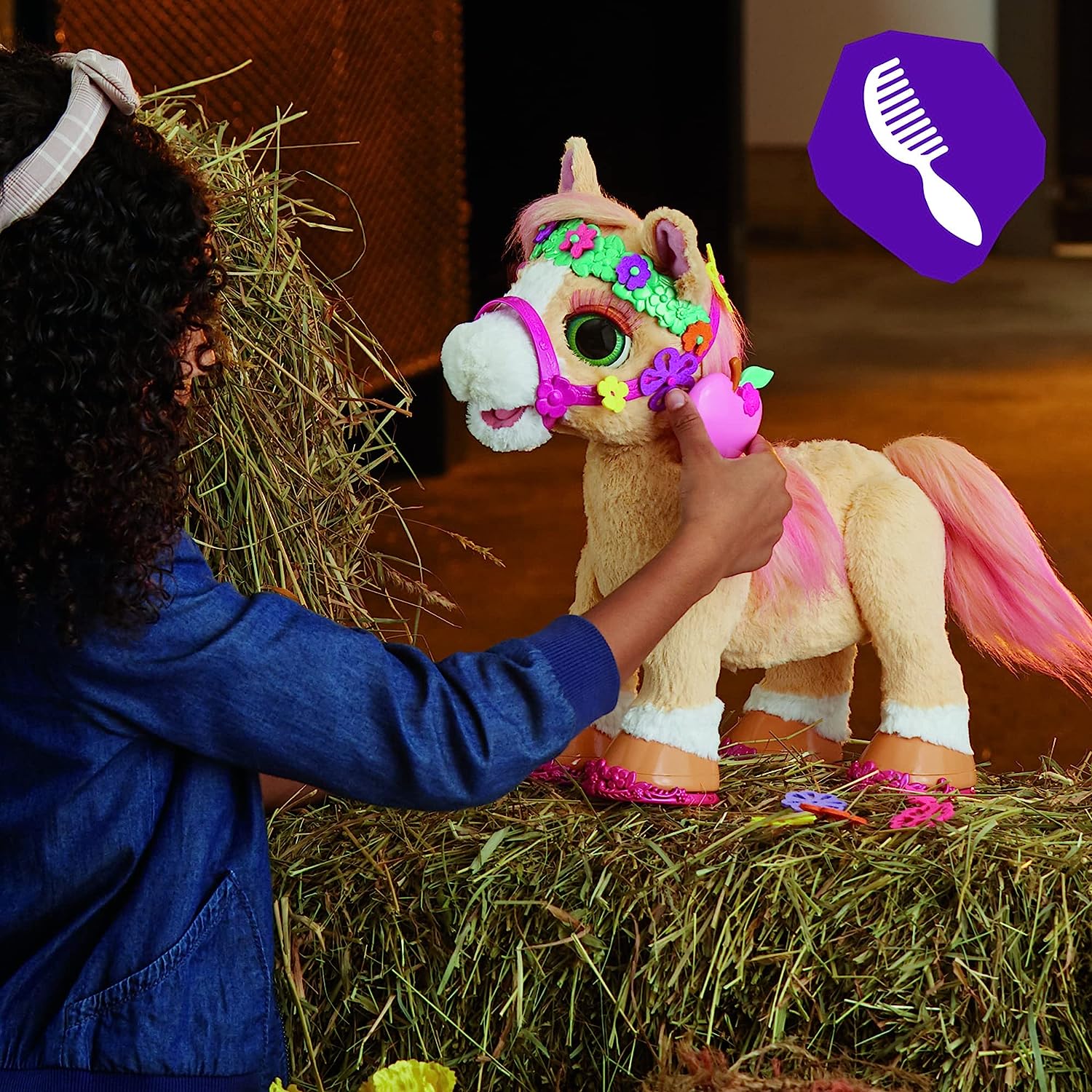 Should I get it?

Cinnamon is the (2022) newest addition to the FurReal Friends lineup, and she’s a great one! What makes Cinnamon really special is her personality. She’s a sweet and friendly pony who loves to be petted and played with. Not every kid can have their own pony, so Cinnamon is a great alternative: it’s soft and cute, it’s very interactive, and it engages kids in lots of imaginative play. This really brings nurturing animal play to life.

FurReal Cinnamon My Stylin Pony is a great toy for any horse lover. She is interactive, quite realistic, and loves to be brushed and played with. It is very affordable and is the perfect size for small children. Very easy to take care of. children will have hours of fun playing with it. A perfect gift for kids! 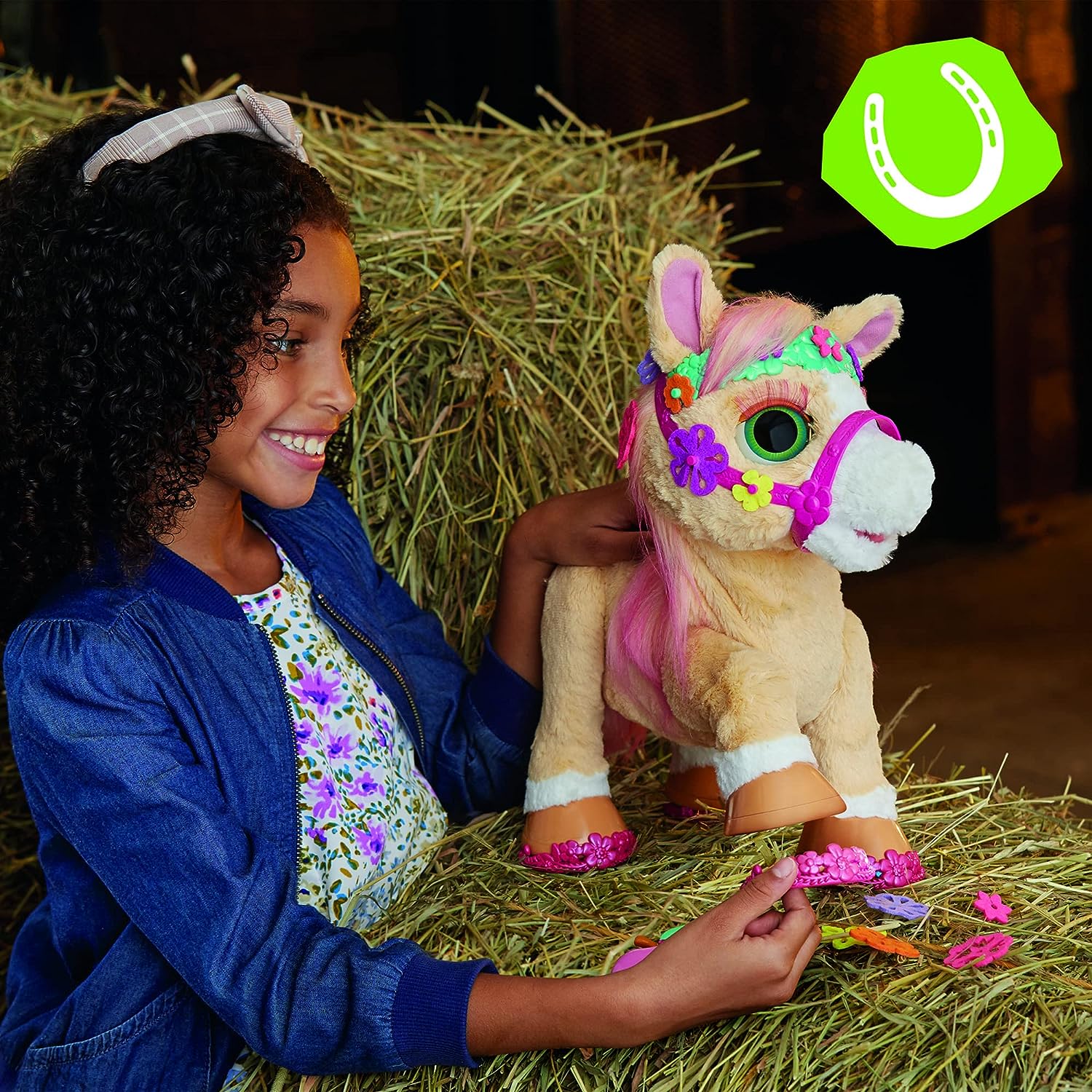 » Adorable plush toy with 80+ sounds and reactions. She also makes cute pony sounds.
» FurReal Cinnamon is so expressive, she blinks her eyes and moves her ears, head & neck.
» Pet her nose and cheeks – she will move her head with gentle noises, and her cheeks will glow.
» FurReal Cinnamon My Stylin Pony is a 14″ tall electronic pet. She is as sweet as she is stylish.
» Comes with 26 styling accessories and kids will love decorating their pretty pony.
» These accessories include horseshoes, colorful flowers, and flower crown.
» Love and care for her – Feed or groom this pet with her special 2-in-1 apple accessory.
» In nighttime mode, pose her into a comfy sitting position and she’ll play a song.
» Adorable FurReal pony toy for girls and boys who love pets and horses.
» Makes great birthday gifts for 4-year-olds and up. Batteries: AA x4 (not included)