Lego 42127 Technic The Batman Batmobile is the authentic and a true-to-life replica version of the “BATMOBILE” as seen in the 2022 movie. This is a set for both kids and adults to recreate all the details of the iconic awesome superhero car. Super-hero fans will enjoy a thrilling challenge as they build this Batmobile car in Lego Technic form. Get into imaginary play – Fight crime, Defend justice and Keep Gotham City safe.

This Lego 42127 Technic Batmobile set is highly detailed and is packed with hot features. Light up the night: The model includes 2 light bricks – 1 red and 1 yellow. The red light adds an awesome glow to the transparent toy engine at the back, while the yellow brick lights up the front grille. The set has many cool features: with 1,360 pieces that include an 8-cylinder engine with moving pistons, steering on the front wheels, differential on the rear wheels, a spinning flame, plus opening doors and bonnet. Kids will love exploring the model before placing it on display in tribute to their favorite superhero. 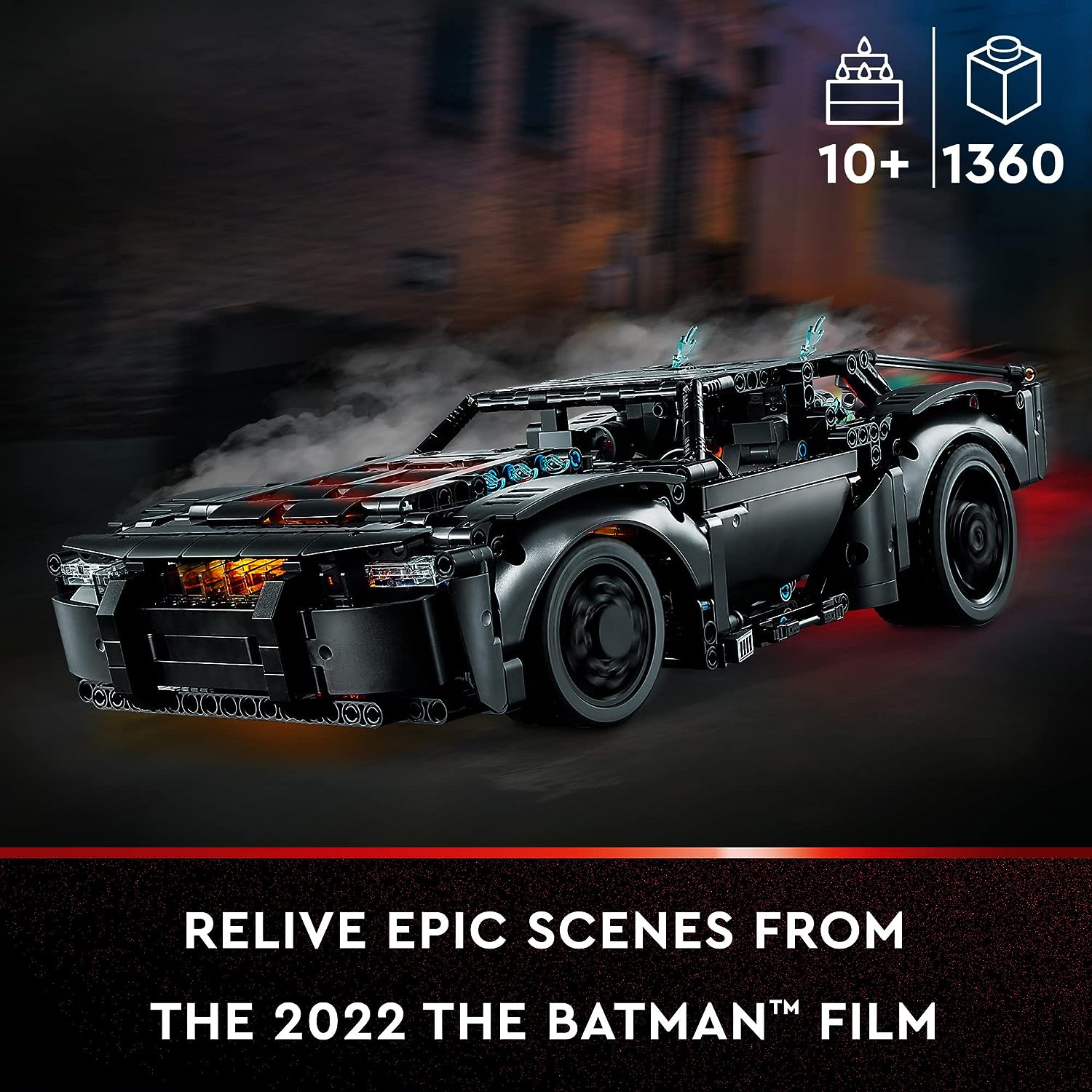 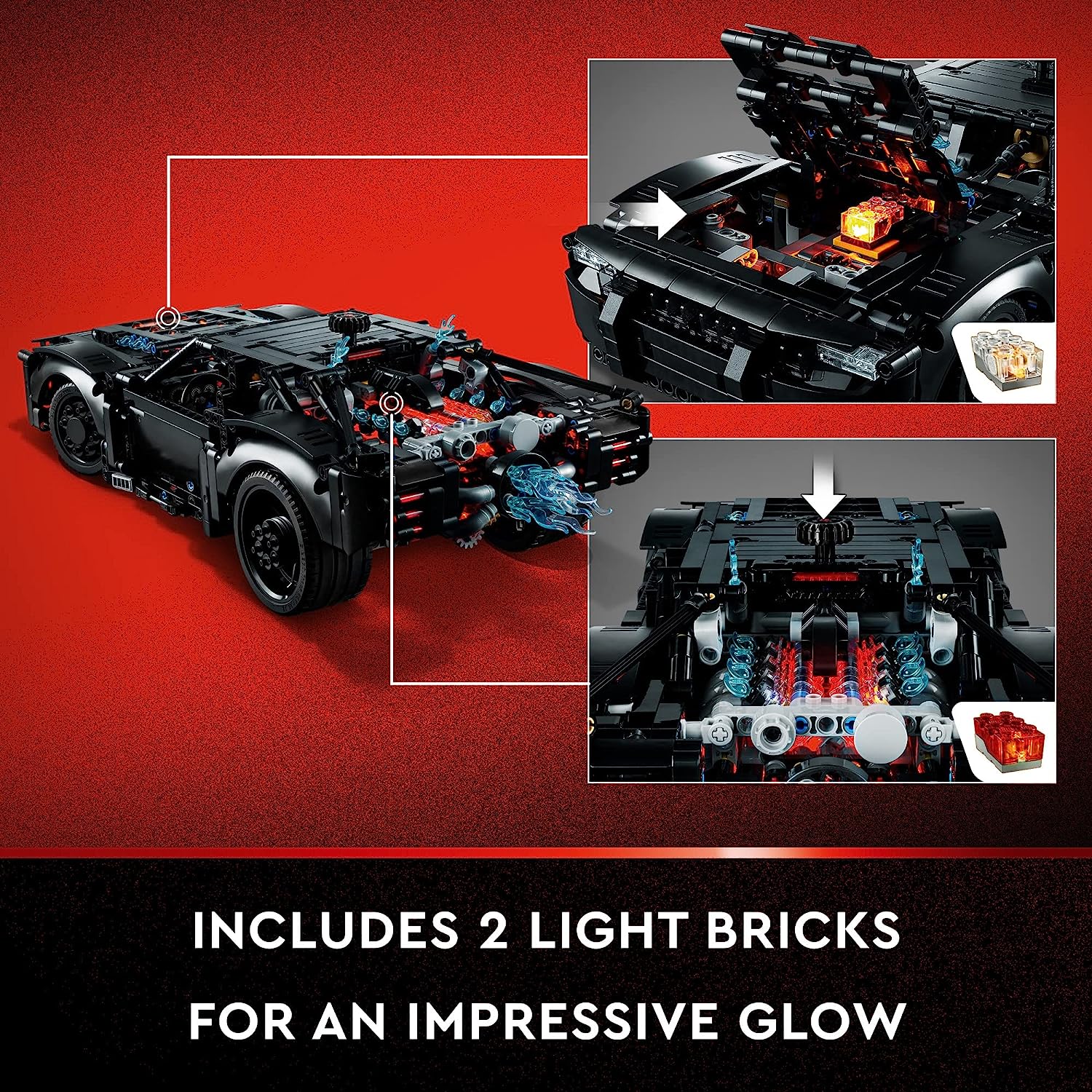 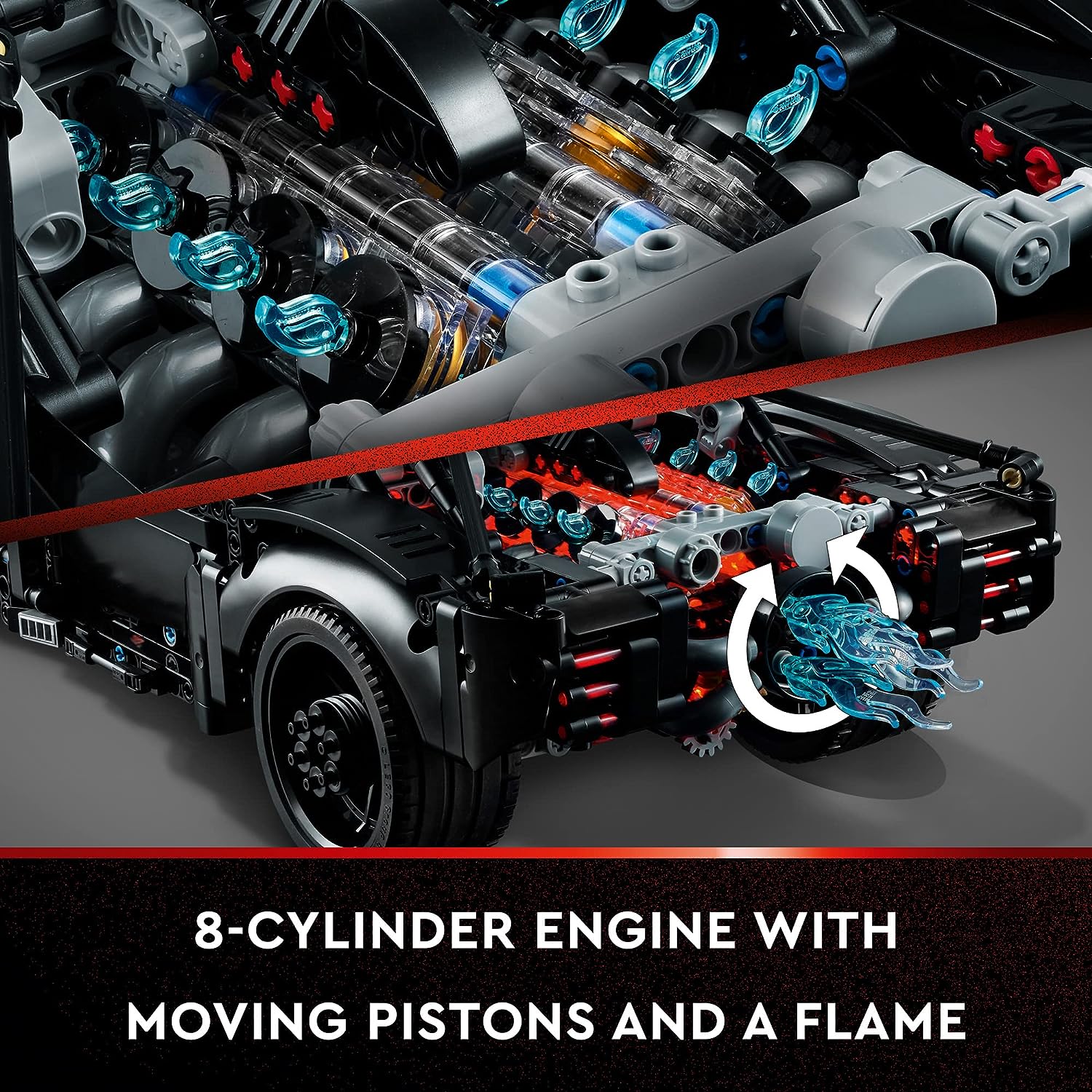 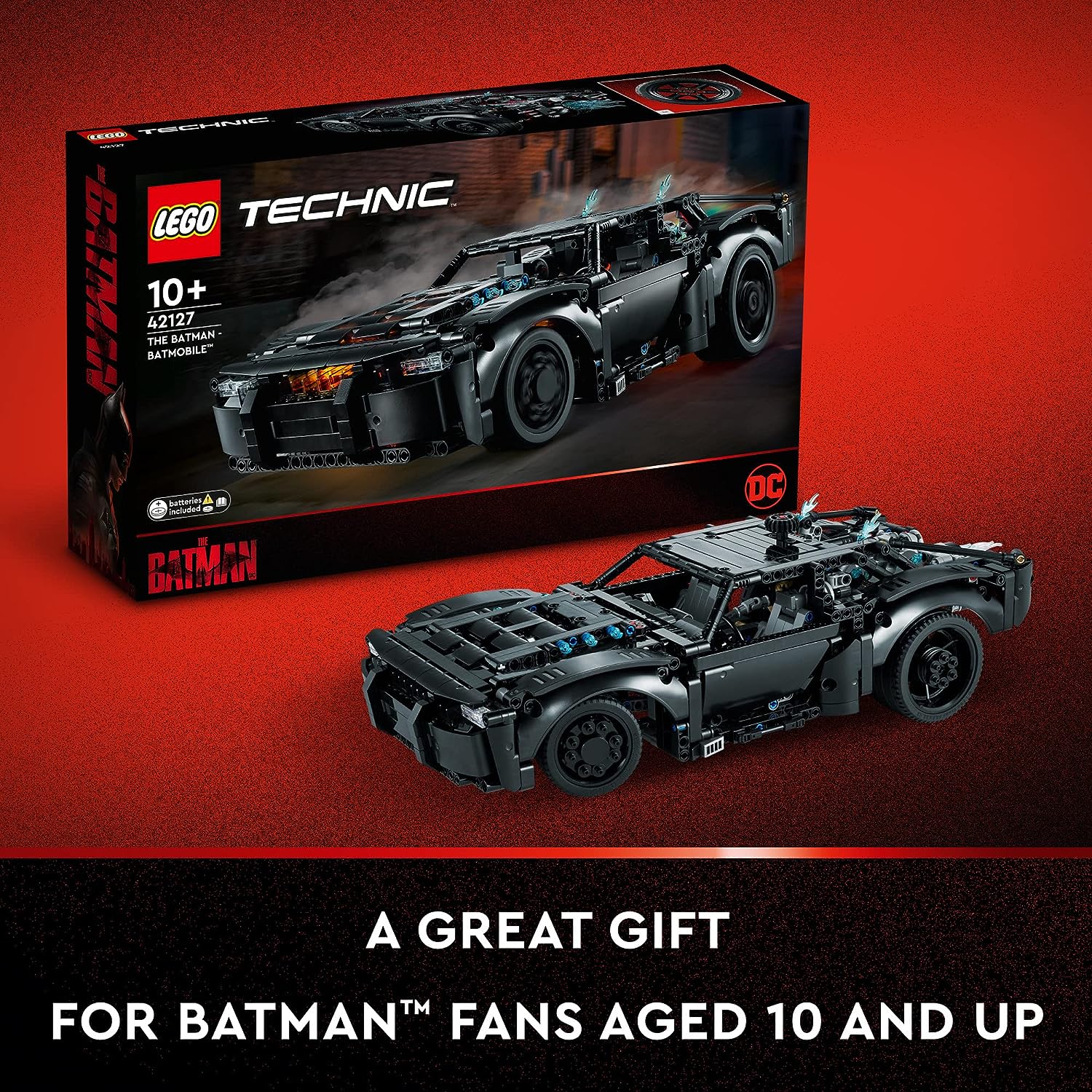 Lego Technic building sets feature realistic movements and mechanisms that let builders of all ages explore the universe of engineering in an approachable and realistic way. The Lego Technic building sets are a great introduction to engineering for smart kids or early teenagers, and also, an epic gift for super-hero fans.
Similar category toys: Lego 42141 Technic McLaren Formula 1.

» This Lego 42127 Technic The Batman Batmobile set is suitable for both kids and adults
» Recreate all the details of the iconic super-hero car with this awesome Lego Technic set
» This authentic model is a true-to-life replica version of the BATMOBILE as seen in the 2022 movie
» See the car light up – Includes 2 light bricks (1 red, 1 yellow) to bring the BATMOBILE to life
» The red light adds a glow to the transparent engine, while the yellow brick lights up the front grille
» Cool features include front steering, differential, moving pistons, spinning flame, opening doors & hood
» Kids & adults who love super-hero vehicles will love building this tribute to their favorite super-hero car
» Ideal for Batman fans aged 10 and up. It’s perfect if you’re looking for the best gifts for Batman fans
» Contents: A 1360 piece Lego Technic Batmobile 42127 – BATMOBILE Buildable Car Toy
» Measures 4 in High and 17 in Long, including the rear flame. Creates an impressive display piece
» Components meet rigorous industry standards, they are consistent, compatible, and connect reliably every time.