Amazon.com
The Artillery Trooper comes with the standard Stormtrooper blaster rifle like most of their other Black Series comrades, but also includes the small mortar launcher used by the troopers in The Mandalorian, as well as a grenade to load into the contraption. The Trooper’s extra backpack also includes a slot to place the grenade for extra storage as well as three more grenades, but… c’mon. It’s an Artillery Stormtrooper. You want to show them off unleashing their arsenal, right?

After the closure of The Skywalker Saga, there have been plenty of new and old character reveals in the show including the return and the introduction of some amazing Stormtroopers. One of those new troopers was the Artillery Trooper that was introduced at the same time as the Return of Boba Fett. This deadly soldier brings hell from above and is a necessary addition to Star Wars, The Mandalorian, and Imperial Army collection. 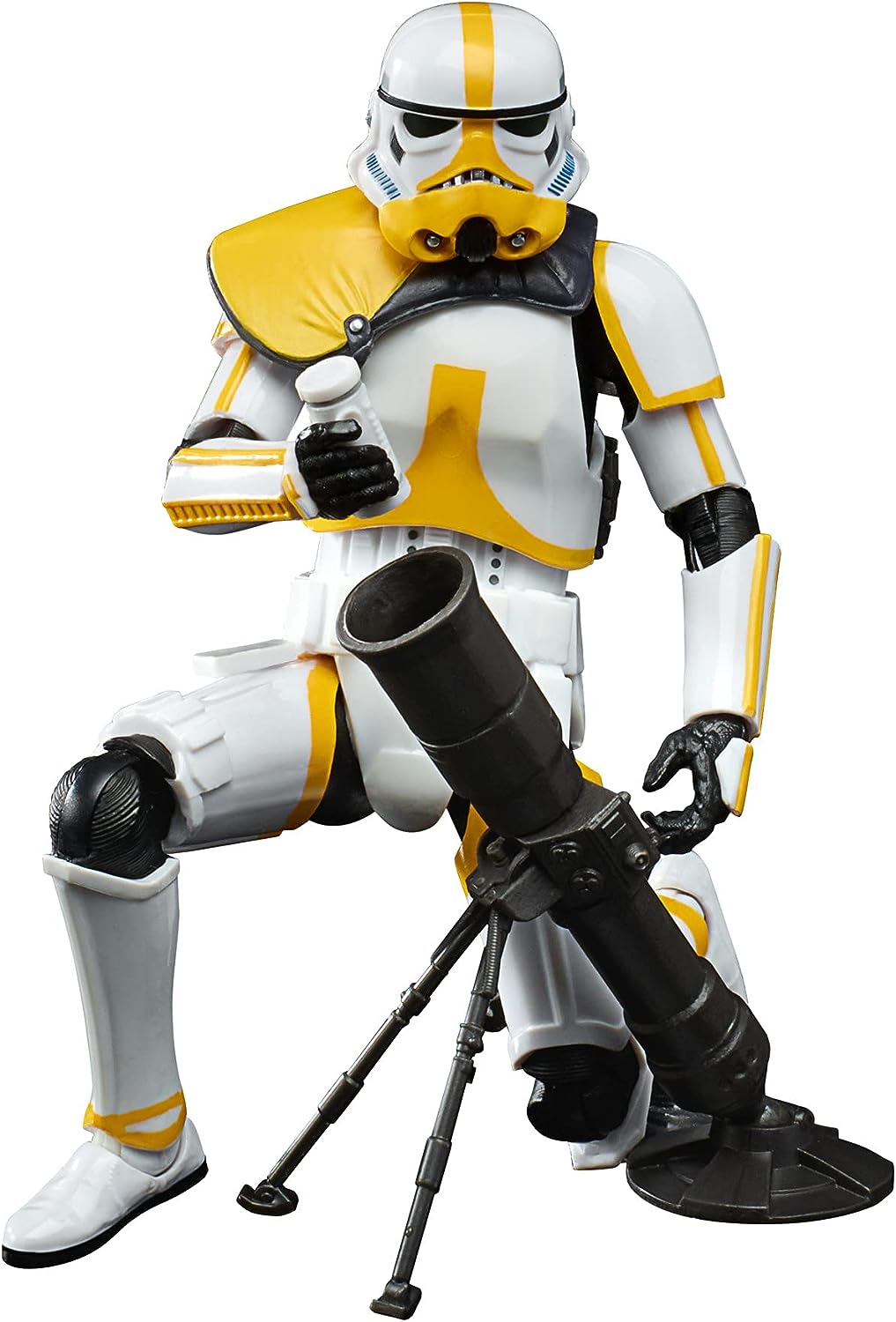 • Black Series Artillery Stormtrooper specialized soldiers are in the Imperial forces
• Artillery Stormtroopers carry specialized indirect fire weapons like mortars onto the battlefield
• Fans & collectors can imagine scenes from the Star Wars Galaxy with this premium toy
• It is inspired by the live-action series The Mandalorian on Disney+
• This action figure comes with 3 detachable accessories – Blaster, mortar, and mortar canister
• Star Wars fans and collectors can display this fully articulated figure featuring a poseable head, arms, and legs
• Star Wars fans and collectors can display this as premium deco, in their action figure and vehicle collection
• Look for other movie- and entertainment-inspired figures from a galaxy far, far away
• Mandalorian Collectible Figure (Amazon Exclusive), F2883, Toys for Kids Ages 4 and up