Lightyear XL-15 Blast & Battle Spacecraft by Mattel lets kids relive all the excitement of Disney Pixar’s Lightyear. They can recreate a thrilling movie moment from the animated adventure.

Amazon.com
Buzz Lightyear and his crewmates are stranded on an uncharted planet. They need to battle hostile plants, giant bugs, and the ultimate threat, Zurg, to complete their mission and return home. Fans will take a high-speed trip to adventure with this 20″ long Blast & Battle XL-15 spaceship with a Buzz Lightyear pilot figure. This brings the huge excitement of Lightyear home! 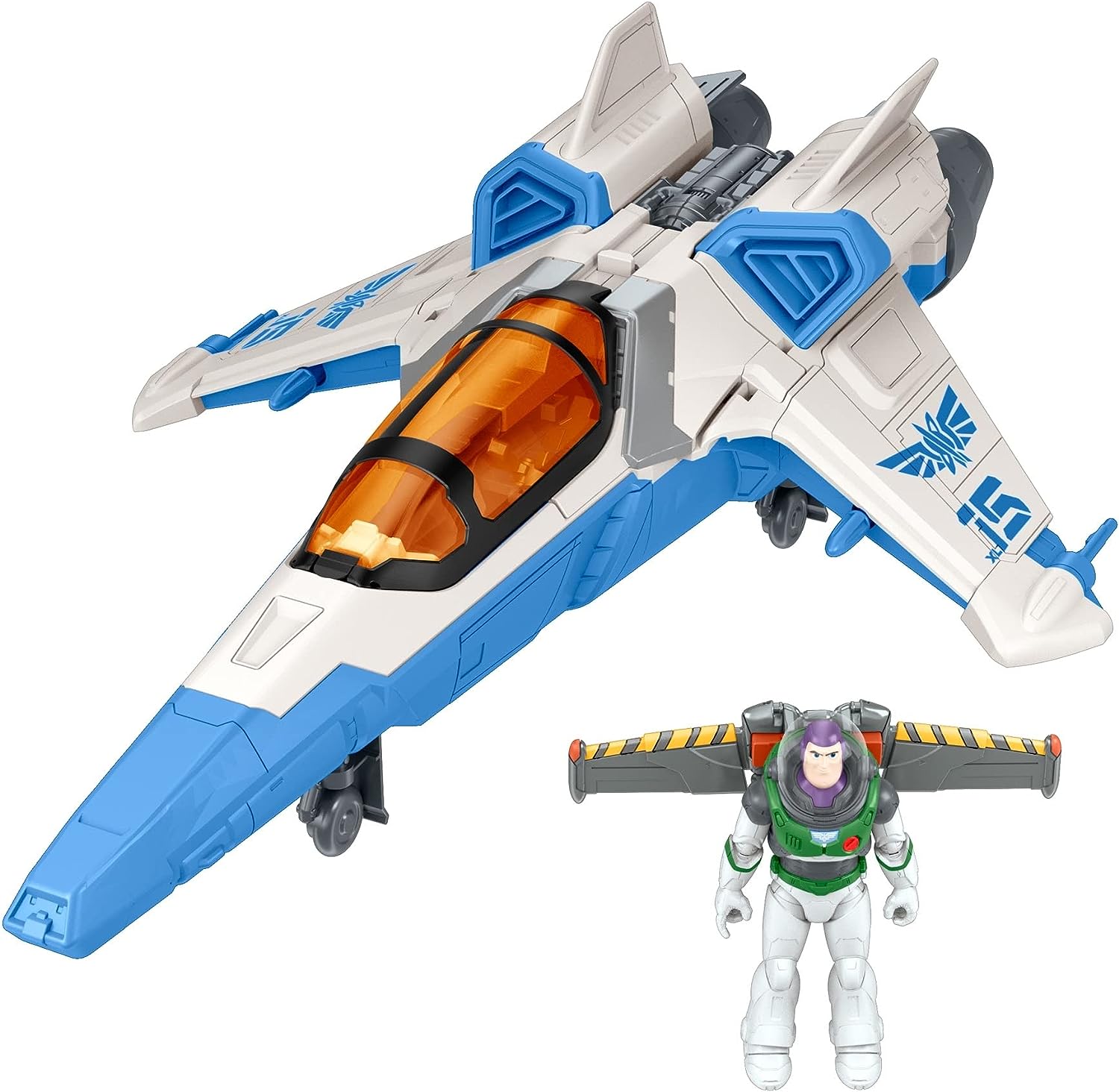 A jetpack with wings pops onto 5-inch Buzz’s back and shoulders, then fits with him in the cockpit. Use the lever under the vehicle to activate a signature movie moment for the heroic Space Ranger! The wings are compatible with other Lightyear Buzz XL pilots of the same scale. Each is sold separately and subject to availability. It comes with button-activated projectile shooters on both sides. Also includes, 4 projectiles, a flip-up cockpit cover, and pop-down landing gear! Simple, one-time assembly of some pieces is required. Colors and decorations may vary. 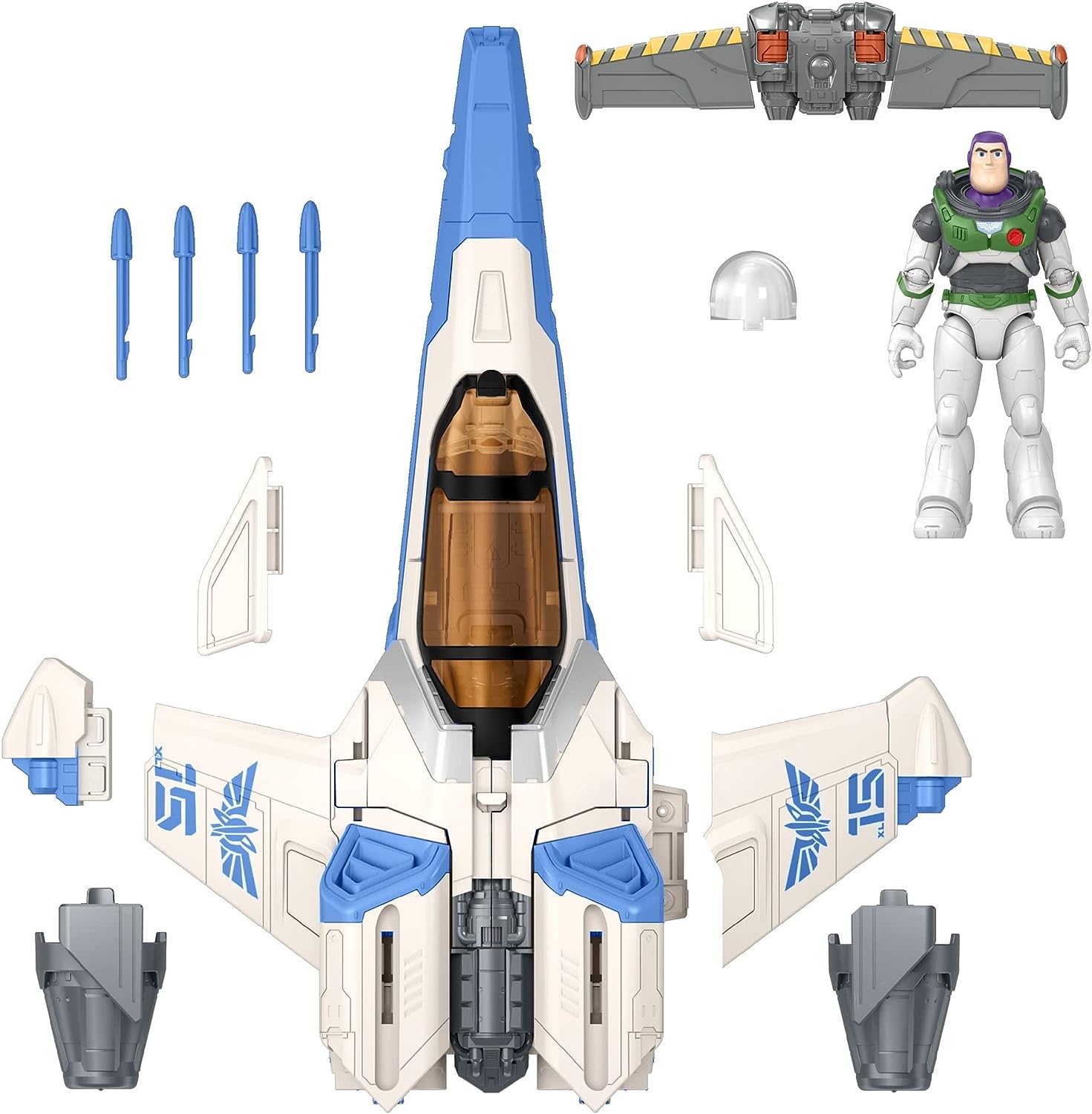 Why should you get it?

XL-15 lets kids relive all the excitement of Disney & Pixar’s Lightyear. Recreate a thrilling movie moment from the animated adventure.
This jet-style spaceship is 20 inches long with a 14-inch wingspan and has button-activated projectiles on both sides.
It’s truly blasts and battle-ready! The cockpit cover and landing gear can open & close to recreate all the action.
​Load Buzz into the cockpit, and engage the lever under the vehicle to recreate Buzz’s dramatic hero move from Lightyear!
The figure and vehicle are designed at a 5-inch scale for realistic play and display.
​The cockpit cover pops open and the Buzz Lightyear figure springs up as his jetpack wings activate, ready to blast off
Battle his main foe Zurg and whatever challenges he encounters.
​Fans will want to collect all the figures, vehicles, and playsets to relive the movie, imagine new missions, and create a Star Command showcase 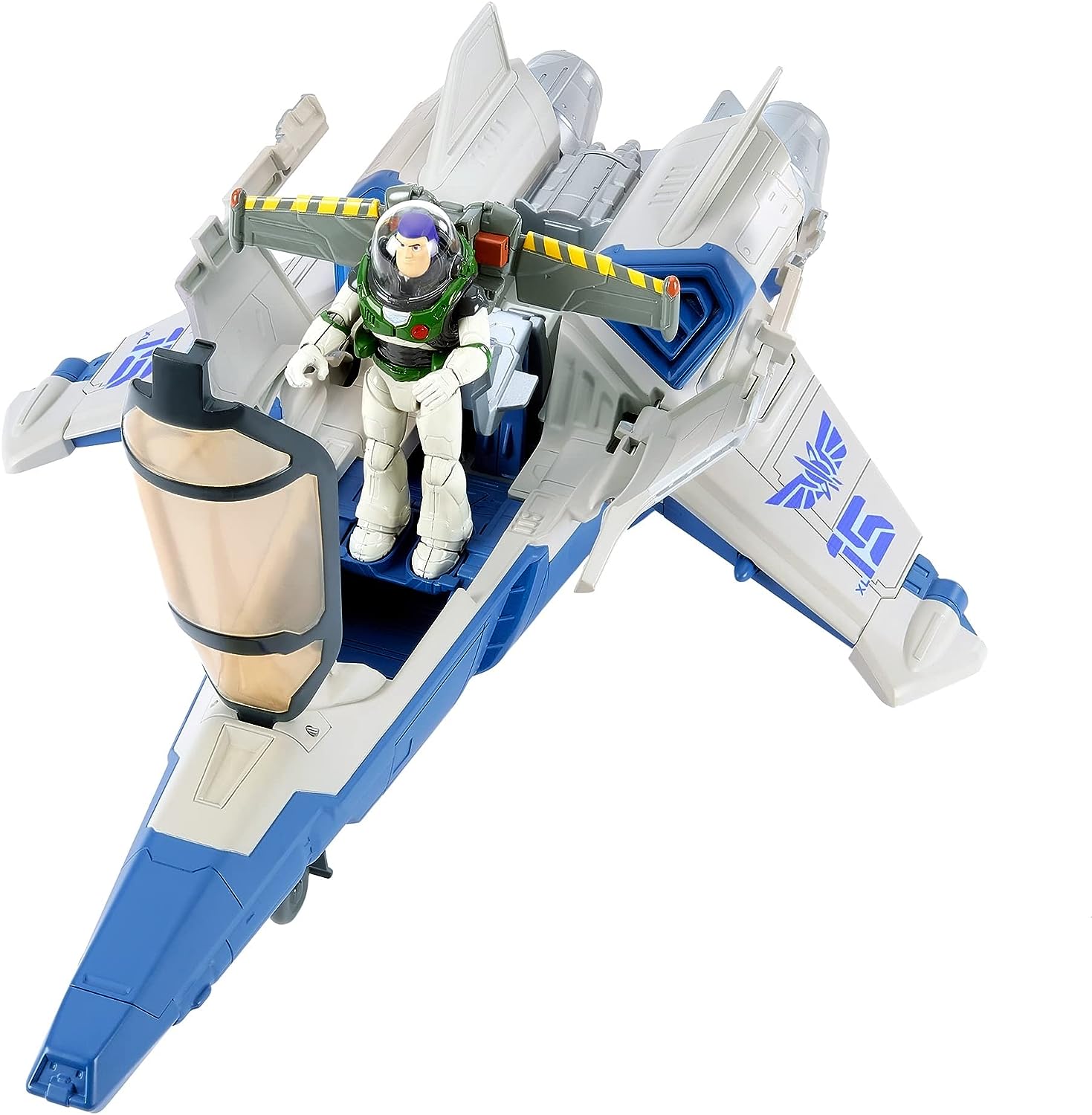 » Relive the excitement of space exploration, conflict, and teamwork in Disney Pixar’s Lightyear
» This authentic 20″ long Lightyear XL-15 is inspired by one of Buzz Lightyear’s spacecraft from the movie
» At 5 inches tall, the included Buzz figure perfectly fits into the cockpit with his jetpack
» The jetpack detaches for enhanced storytelling and also fits other 5-inch Buzz XL pilot figures
» A lever underneath the spacecraft activates the re-creation of a hero moment from the movie
» Button-activated projectile shooters. Flip-up cockpit cover and pop-down landing gear
» A button on top of the jet shoots projectiles from both wings!
» Collectors will want to collect all the other 5″ scale figures & vehicles for dramatic play & display
» Makes a great movie-themed gift for space enthusiasts and Lightyear fans. Ages 4+ years