Nerf Super Soaker RoboBlaster Machine is a pump-action turret-style soaker that can also act as a standalone target for firing. It’s for the ultimate in team, multi-player, and solo backyard battle games! Aim and knock down the Nerf RoboBlaster’s targets to win!

Amazon.com
It does not have a fixed water capacity. Instead, it requires a hose to be attached to it, rather than filling a reservoir up for use. It has two targets attached to it, on the shoulders of the blaster. The head of the soaker can be rotated 60-degree around, for aiming at opponents when used as a turret. With the powerful water blast, 60-degree rotating head, and an on/off water control valve, this blaster can drench your friends from 30ft (nine meters) away. The adjustable base with a two-position front leg lets you customize it for any terrain or battle scene. 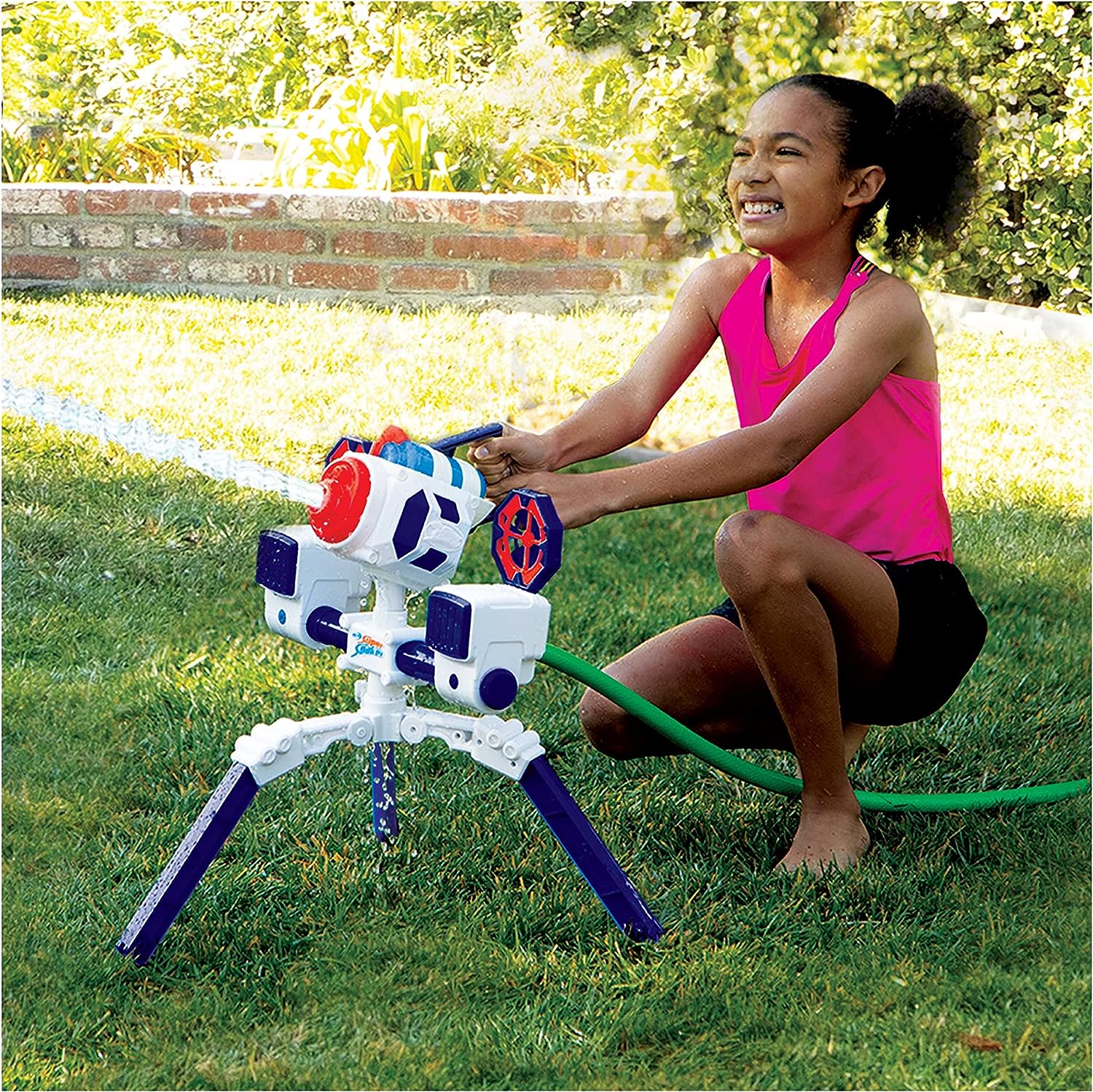 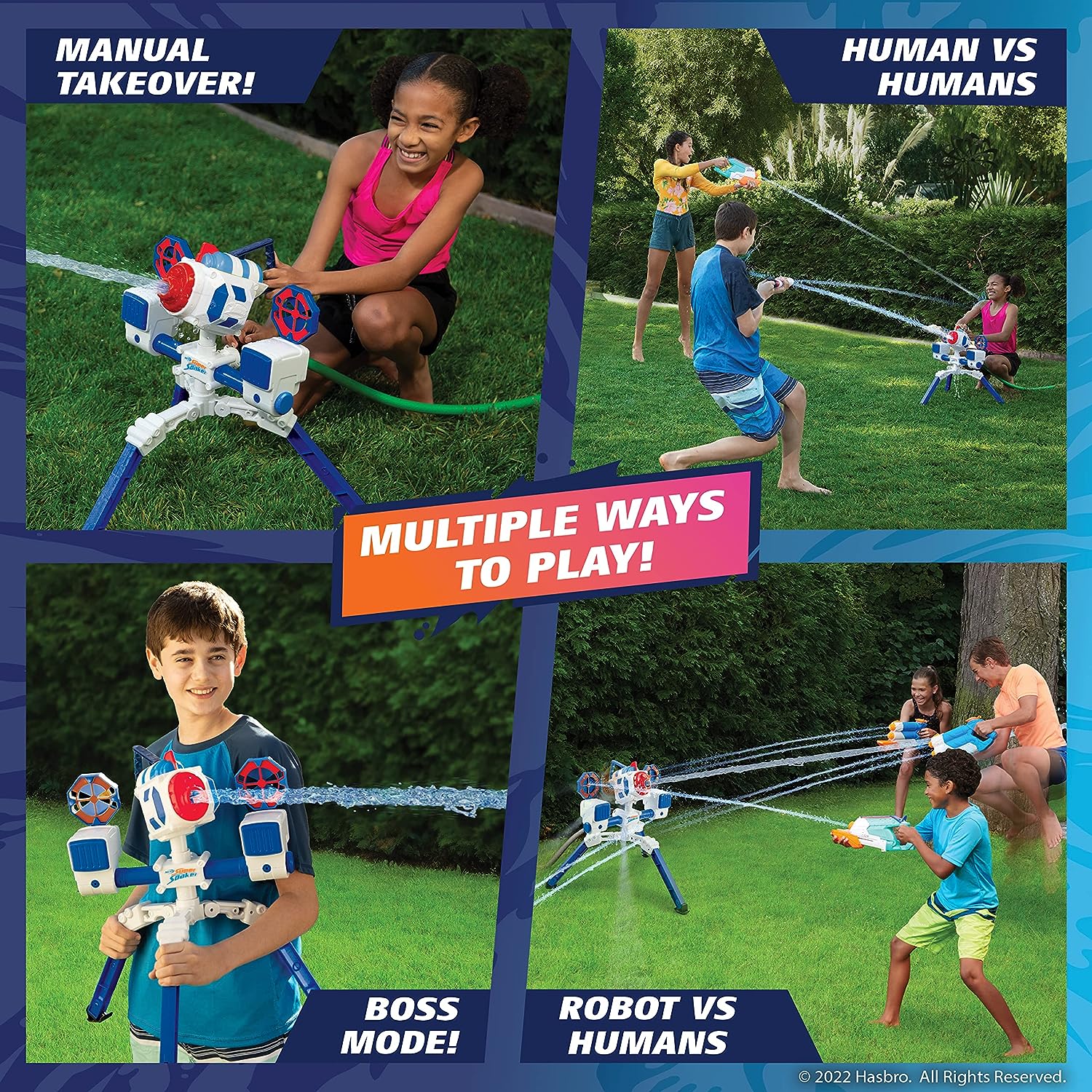 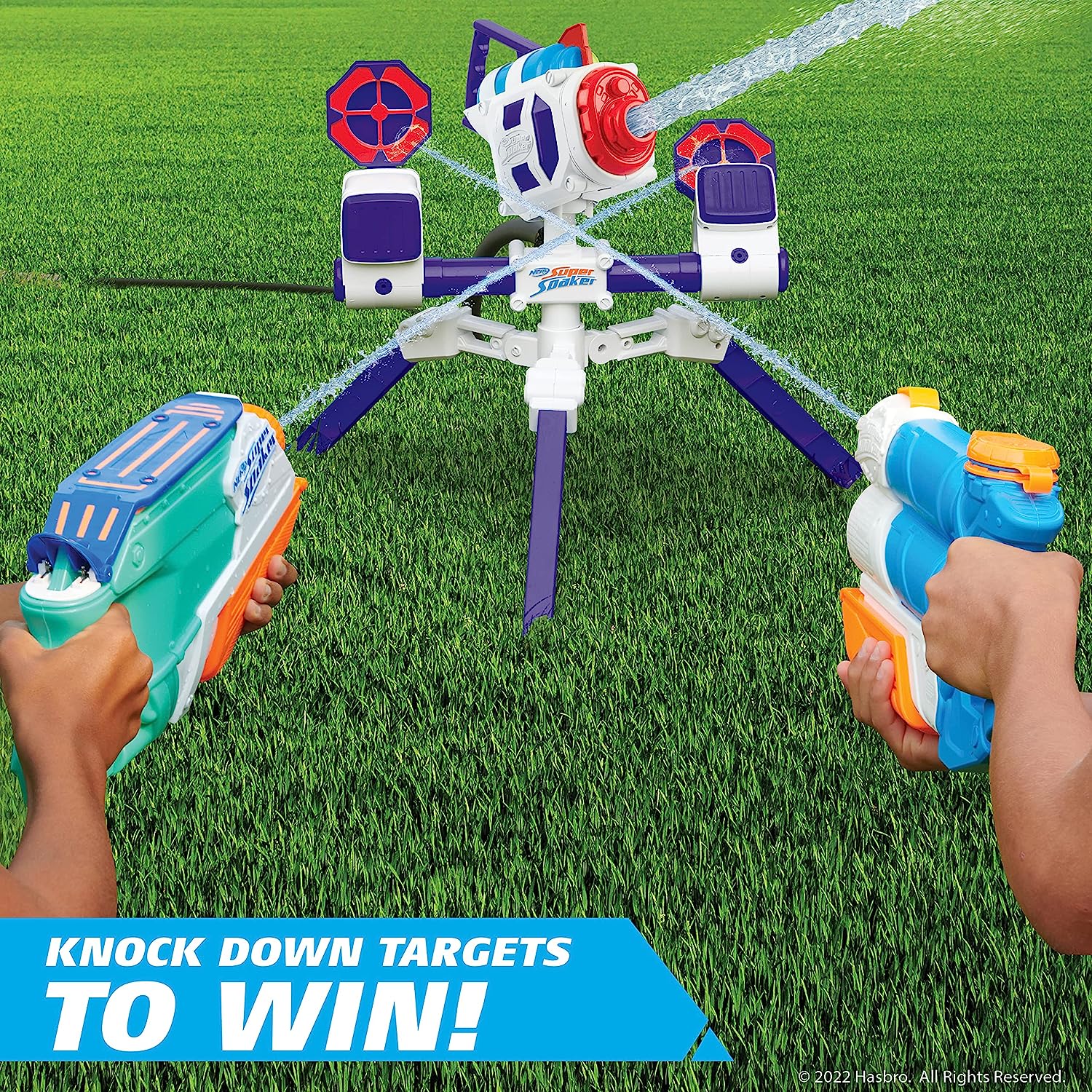 » Unleash the ultimate Soak with Nerf Super Soaker RoboBlaster
» RoboBlaster is for team, multi-player, and solo backyard battles!
» Aim and knock down the Super Soaker RoboBlaster’s targets
» Disable those targets or you’ll find yourself drenched in water!
» This Amazon exclusive comes with an extra water blaster for double the fun!
» Easy to fill, easy to fire!
» Take aim and hone your skills while you drench your competition!
» Multiple ways to play: Robot vs Humans, Team vs Team, Human vs Human, and more
» Drench and defend! Pick up the Nerf Super Soaker RoboBlaster to control it manually
» Soak ’em while they try to knock down the targets!
» The perfect addition to any backyard for fast-paced, splashtastic battles!
» Has a powerful water blast, 60-degree rotating head, and an on/off water control valve
» This blaster can drench your friends from 30ft away