Star Wars BD1 droid set is one of the most popular Lego sets right now on the market. This set includes everything you need to build your own droids from the Star Wars universe. The set includes over 1,062 pieces, so it is an immersive build for most Lego builders.

Amazon.com
If you’re looking for a fun project to do with your kids (or by yourself), the BD1 Star Wars Droid set is a great option. It’s reasonably priced, fordable, relatively easy to build, and it looks great when it’s finished.

Epic adventures await Star Wars fans who build and display the Lego version of the exploration droid BD-1 (75335). This detailed replica of the droid featured in the Star Wars Jedi: Fallen Order video game is a must-have for any fan of the franchise.

Short Review of the Droid

Standing at over 12.5 inches BD1 is a fairly stable set. The finished model makes an impressive display piece. The set includes BD-1 Minifigure with a mini Lego stand to display it on, plus a buildable display stands with an information plaque.
His head of this posable brick-built model can be easily tilted from left to right ro move the head up and down. So you can create all sorts of expressive faces. There is a bit of resistance when moving the head up and down. You may need to hold his body in place to do so. The droid’s legs are also posable, so you can put it in all sorts of adorable positions. 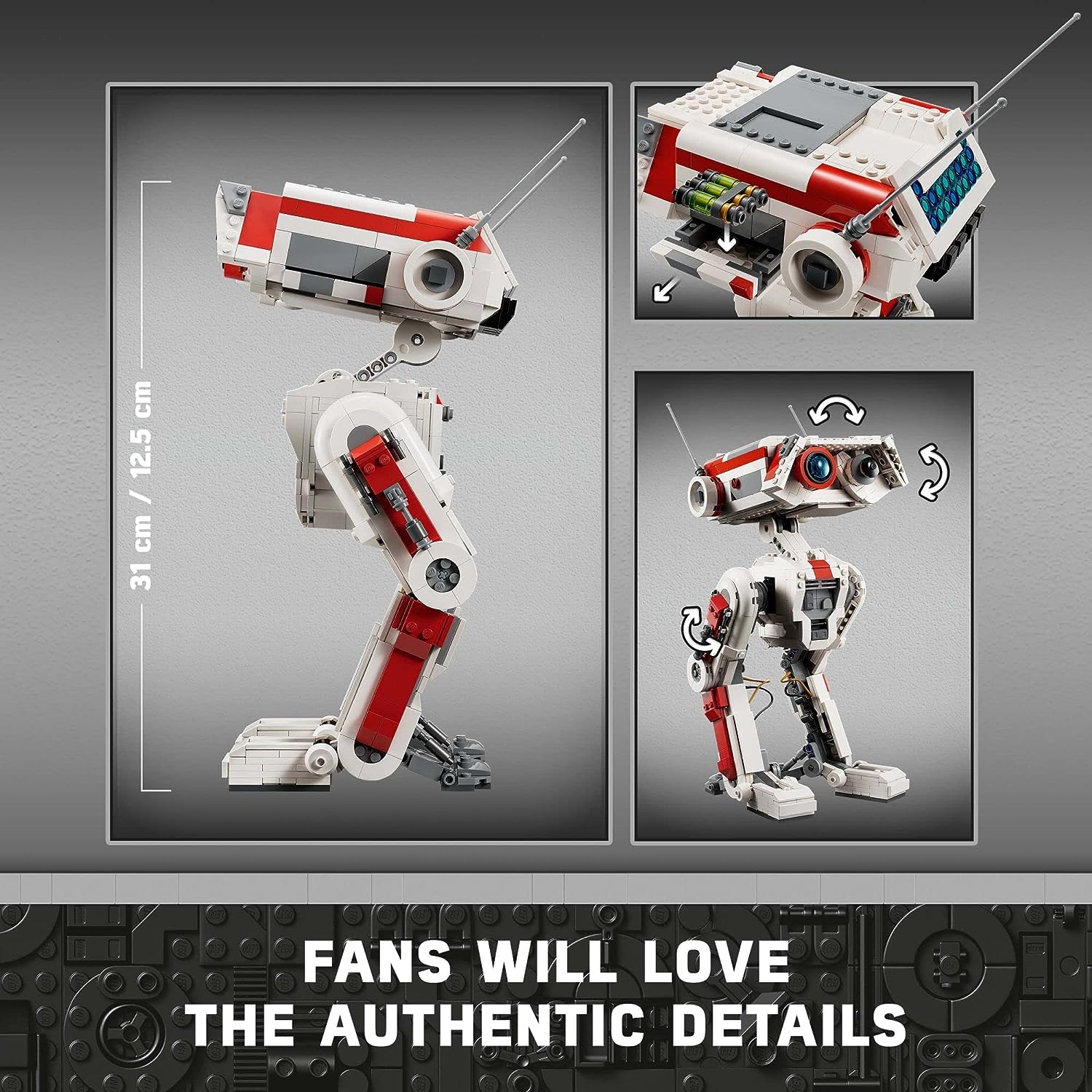 While the head seems flimsy and wobbly, it’s still stable, locked in with the usage of technic pieces. The eyes come in two different colors, one blue and the other black. 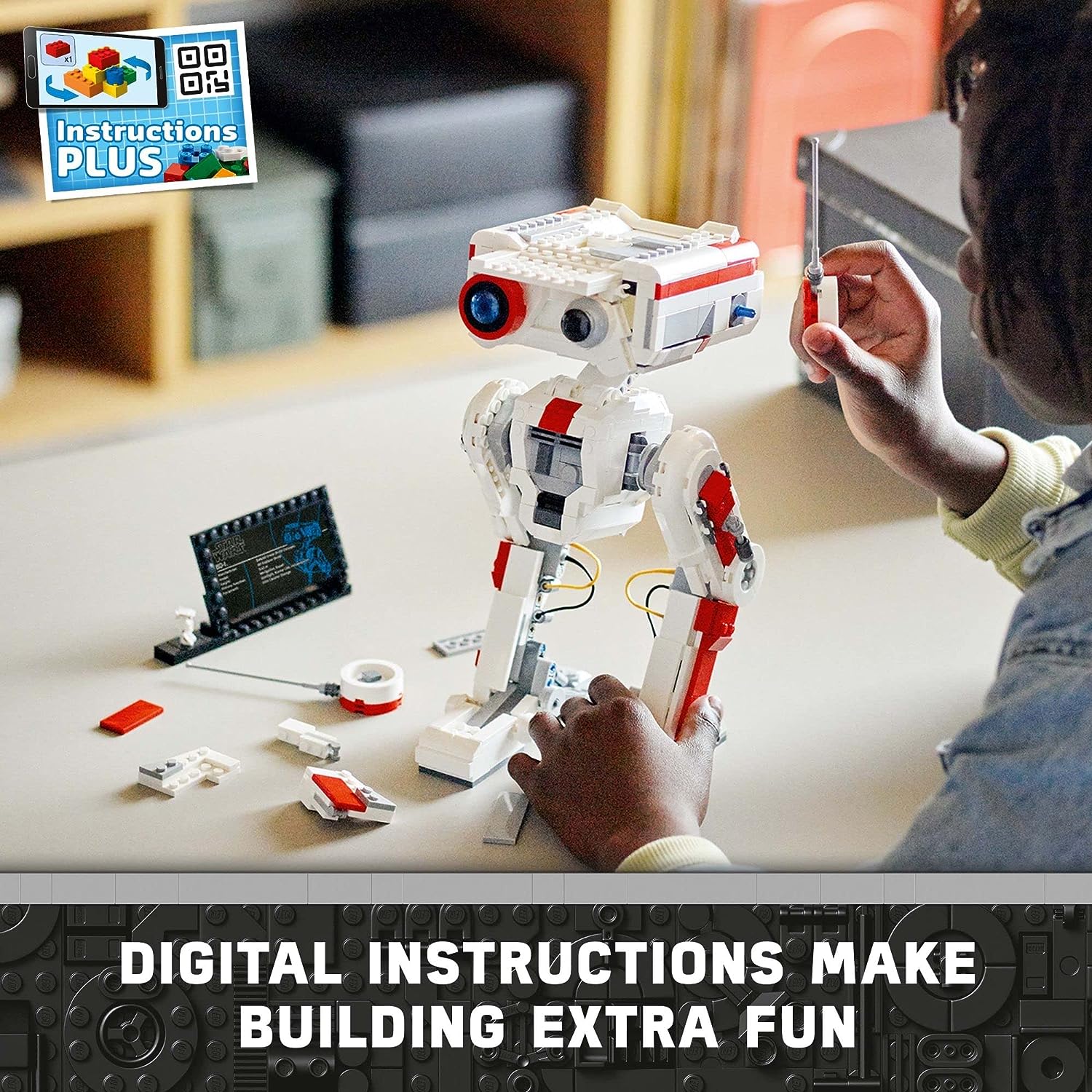 The Lego Star Wars BD1 is also very poseable, making it great for both play and display. The Droid is a great gift for a Star Wars Jedi: Fallen Order fan, whether they’re young or old. It’s a perfect way to show your support for the game. Suitable for Star Wars fans aged 14 and up and any collector of Lego Star Wars droid build-and-display models. Overall, the BD1 is a great set to add to your Lego star wars collection, especially if you have played the fantastic game that is Jedi fallen order. BD1 is overall fun to build and it is fairly stable. The only downside is its price.

» Fans will love to build their own detailed, brick-built model of Star Wars BD1.
» The exploration droid from Star Wars Jedi: Fallen Order is for both build-and-display.
» BD1 has posable joints and a head that can be tilted back, forward, and sideways.
» Plus it has a compartment for stim canister elements.
» An information sign and a mini BD-1 figure can be attached next to the sign for display.
» This BD-1 droid is part of a series of buildable Lego Star Wars droid display models.
» Intuitive digital viewing tools add to the building experience
» This Star Wars BD1droid set contains 1,062 pieces
» Premium-quality gift for ages 14 and up, as a birthday or holiday gift.
» Also a gift for Star Wars Jedi: Fallen Order fans and Lego Star Wars collectors